Where Are They Now? John Flanagan 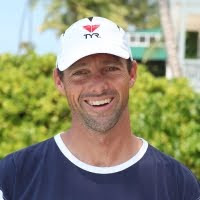 Former Waikiki Roughwater Swim champion and long-time USA Swimming national open water team swimmer John Flanagan III has taken his endurance and swimming talents to the world of triathlons. After being on the 1997 Auburn NCAA championship team and finishing fourth in the 2001 World Championship 10K, the outwardly mellow, but intensely competitive national team swimmer retired from swimming until he got back in shape in 2008 for the USA Swimming Olympic 10K Marathon Swim trials. 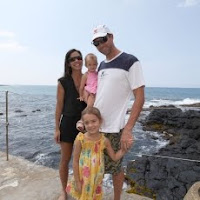 But after missing qualifying for the Olympics despite being in the lead pack for most of the race, John got on with his life.

He continued his pool and open water success on the pool deck as the coach of the 7-time Hawaii team champion Kamehameha Swim Club while raising two young children with his wife Rae Sojot. 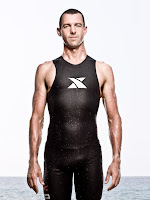 With a richly deserved reputation as the fastest swimmer in the pro triathlon world, John is also finding the time to steadily develop a solid reputation on land while he balances the demands of work, family life and training at the elite level.

In his first two Ironman World Championships, John put up two of history's top ten times on the swim leg (see below), but it was his swim in the 2009 Ironman where he held off triathlon superstar Andy Potts that got him much-appreciated airtime on NBC.

John told Herbert Krabel of SlowTwitch, "I felt stronger, and trained faster at 32 than I ever had. The sport of triathlon definitely shows that life does not end at 30. There are so many fast pros and age groupers and you see many triathletes winning races in their 40s and beyond. I hope to be still competing and testing the limits of the human potential."

Considered one of the finest gentlemen in open water swimming with obviously great time management skills and a strong underlying competitive zeal, John will undoubtedly realize his potential in his new endurance challenges.

Footnote: In one of the most exciting races ever, John battled a very experienced and tough group of world-class open water swimmers in the 2001 World Swimming Championships in Fukuoka, Japan. The story behind that race is here. Their times were as follows:
1. Yevgeny Bezruchenko of Russia in 2:01:04
2. Vladimir Dyatchin of Russia in 2:01:06
3. Fabio Venturini of Italy in 2:01:11
4. John Flanagan of USA in 2:01:16