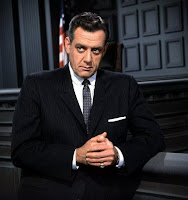 In this episode, former swimming champion Victoria Dawn is overweight, out of shape, and the owner of a chain of failing health spas. Desperate to regain some of her former glory she hires young actress Regina Lambert to impersonate her in a swim across the Catalina Channel to Los Angeles.

Reggie runs into trouble along the way in her swim, but is rescued by boat captain Charlie Shaw in a typical who-done-it episode that generated particular interest in the American marathon swimming community in the 1960's.

Our question is, "Who was the stand-in swimming model for Reggie in this episode?"