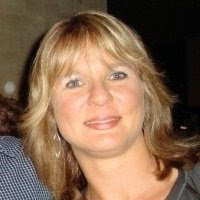 Fiji Swims put on another great parade of events from 1K to 2.7K to 18K last week. The 18K Sofitel to Beachcomber Island Swim saw Tiffany Fraser-Gillard (nee Hutchings) of Australia win the grueling solo race in 5 hours and 10 minutes over Lucy Joyce of Fiji in 5:14. The defending 18K relay champions from Queensland including Jamie Leigh Austin, Morgan Barnes, James McFarlan, Jason van der Zant and Caitlin Zillman won comfortably in 3 hours and 50 minutes over the Brisbane Torpedos in 4:01.

A remarkable 76% of the 87 swimmers on 16 teams in the 18K relay flew into Fiji for the race from all over the Pacific Rim nations...which, given its natural beauty, is not surprising.

On the morning of the 18K race to Beachcomber Island, winds caused choppy conditions that the soloists and relay swimmers had to deal with for the first part of the race.

Local 15-year-old Lucy had never swum this far, but she stayed within striking distance of the eventual winner Tiffany from Perth who was more experienced with three 19.6K Rottnest Channel Swims under her belt. Aided by Jourdan Lee who paddled his outrigger canoe beside Lucy the entire 18K, Lucy said upon finishing, "I just love achieving things."

"Swims of this lenth are all about being comfortable mentally with the idea of being in the water for 5 or 6 hours," said Tiffany. "I love being in the ocean, and for the 18K Fiji Swim, the water was a lot warmer than Rotto, and sights of the coral and marine life towards the end of the swim were unbelievable - it was the most enjoyable swim I've ever done!"

The relay record was broken again for the second year in a row by the Queensland team who were pushed by a group of young teenagers from Brisbane who captured second. Both teams who were wearing blueseventy swimsuits and, as a result, were penalized by a 10% time penalty.

"It was a great race in Fiji this year again," said Fred Goddard of the Brisbane team. "The 18K was rough and windy, but the 2.7K race was won by Brisbane teenager Jackson Van Der Zant."
Posted by Steven Munatones