History of the Tañon Strait 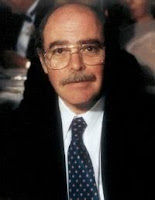 There have only been two people to have successfully crossed the unpredictable 8K Tañon Strait between the Cebu province and Oriental Negros in the Philippines - each in the opposite direction.

Philippine Navy officer Rogelio Lacerna, a local swimmers from Cebu was the first to cross the Tañon Strait from Tampi in Oriental Negros to Cebu in 2002. The 28-year-old military man crossed in 4 hours and 3 minutes.

In 2006, a 62-year-old law professor from Virginia, Professor David Joseph Padilla, was the second to cross from Barangay Bato in Cebu to Tandayag in Oriental Negros in 2006 in 6 hours.

After his crossing, Professor Padilla said, "At first, the conditions were perfect: calm seas and light current. I felt strong for the first few hours. There were lots of dolphins to keet me company and, happily, no sharks came by."

"But after four hours, circumstances began to change. I was swimming, futilely, against the current. The sea became choppy. I was bobbing and being tossed about by forces I couldn't resist. The weather got worse, rougher. I always wondered at what point one's body would quit from complete exhaustion. I knew I was approaching that point. I considered the possibility of trying to finish using a sort of side stroke or just leg power. My legs were still pretty much ok. Trouble was, while I could keep afloat this way, I couldn't make any headway against the mounting seas."

"Somehow after maybe 5 hours and 40 minutes, I could see that I was just a couple of hundred yards from shore. Even at that point, I thought I might not have the strength to finish. I knew that I was possibly doing real damage to my upper arm, chest and shoulder muscles. I kept swimming. I hadn't come this far to fail. I could see a row of poles with fishing nets strung out. I could see the bottom. I tried to stand. The clear water was deceptive. It was still ten feet deep. Kept swimming. Twenty yards. Rocks. Ten yards. I tried standing and touched the bottom. I couldn't stand. The rocks were slippery and uneven. I thought I'd fall. I feared I couldn't use my arms to break a fall. I picked my way slowly ashore."

"I was so glad it was over. It was, without question, the hardest thing I've ever done. I can barely move."