Maratona Del Golfo Greets The World To Its Shores 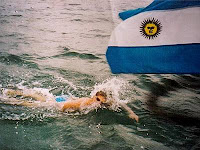 On the women's side, Pilar Geijo of Argentina and Camilla Frediani of Italy should are expected to be in the mix.
Posted by Steven Munatones