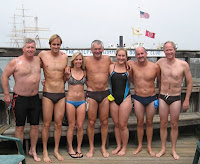 The group raises money for charities while doing all kinds of long-distance swims around the world for non-profit beneficiaries. 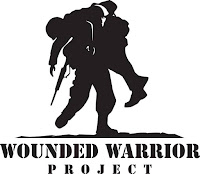 After last year's successful English Channel crossing on behalf of Lifehouse Agency, the San Francisco-based Night Train Swimmers will attempt to break the world record for the longest continuous relay swim by crossing the Sea of Cortez (Mar de Cortés) in Mexico from La Paz to the Mexican mainland - a distance of 252K (157 miles).

Previously, in September 2008, a two teams of 50 swimmers each finished a 100K (62-mile) relay in Lake Cane in Orlando, Florida to set a world lake relay record. The men's team finished their relay in 37 hours 6 minutes and a mixed team finished in 41 hours 15 minutes.

* The Night Team Swimmers are a eclectic group of accomplished and passionate people with an incredible breath of talents. They include:

William "Spanky" Gibson is a decorated US Marine who, despite losing a leg in Iraq, has completed multiple triathlons and ultra-endurance events. Vito Bialla owns an executive search firm and a vineyard while finding time to do countless Ironman, Ultraman, ultra-distance running and biking events. Gordon Clute is at home on the sea as he has competed in four Trans-Pacific crossings and seven World Championship competitions. Matthew Davie Ph.D. runs the leading eco-friendly travel site when he is not doing Ironmans and swimming. Dave Holscher is a hard-core open water swimmer who runs his own architectural design firm conveniently located near the San Francisco Bay. John Mathews is an investment professional at Wells Fargo when he is not coaching youth sports teams and serving on non-profit boards. JC Sheppard is studying International Relations at Cornell University, where she swims for the college team when she is not studying in Nepal. Scott Stiteler co-founded Night Train Swimmers when he is not working at the Stellar Companies. Emily Young is an experienced open water swimmer, cook and gardener.
Posted by Steven Munatones