Open Water Swimming Over The Next 100 Years 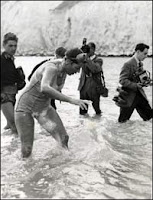 100 years ago ago, our society and expectations were much different.

The average life expectancy of an American was only 47 years and only 14% of the homes in the U.S. had a bathtub. Traffic was not a problem as there were only 8,000 cars in America and certainly not in Las Vegas which only had a population of 30 people. Only one person had crossed the English Channel, very few people had even seen the Catalina Channel, freestyle had just been introduced to England (in 1902) and the Olympics just had its first swimming competition in a pool.

With the last 100 years having brought significant change to society. Mankind, as we know, has benefitted and been challenged in a profound number of ways - in all areas of society. As we try to imagine the social changes that will occur over the next 100 years, our readers imagined future marathon swims that may take occur by intrepid swimmers who dream big and challenge the upper boundaries of their physical and mental strengths.

3. A stage swim or stage relay from Key West to Miami in the state of Florida, 154 miles swimming a cool 2.5 knots outside the reef along the Gulf Stream.

4. A stage swim or stage relay around the island of Oahu in the state of Hawaii, an approximate 375-mile journey around a tropical paradise starting and finishing in the famous Waikiki Beach.

5. A circumnavigation swim around the Big Island of Hawaii would have to take into consideration the lava flows that continue to make the island bigger.

6. Because the pristine waters of Crater Lake in the state of Oregon is a special geological wonder of North America, swimming the 9.7 km (6 mile) length of the lake will probably be done with a carbon-neutral swim, if at all due to federal restrictions.

7. Montauk in Long Island, New York to Block Island in the state of Rhode Island.

8. Block Island to Point Judith in the state of Rhode Island.

9. 23 miles from Plymouth to Provincetown in the state of Massachusetts.

10. Swimming underneath eight bridges in the state of New York in seven days in a stage swim or stage relay between 1. Rip Van Winkle to Kingston/Rhinecliff, 2. Kingston/Rhinecliff to mid-Hudson, 3. Mid-Hudson to Newburgh-Beacon, 4. Newburgh-Beacon to Bear Mountain, 5. Bear Mountain to Tappan Zee, 6. Tappan Zee to George Washington, and 7. George Washington to Verazzano-Narrows.

11. There will undoubtedly continue to be all kinds of solo swims across the various waterways of the Great Lakes of North America.

12. The 4,800 km (3,000-mile) Intercoastal Waterway along the East Coast of the U.S. would take a swimmer or a relay through natural inlets, salt-water rivers, bays, sounds and man-made canals.

13. 162 km (100 miles) from Harwich, England to The Hook of Holland is a tough swim that currently takes about four hours on a fast speed ferry.

14. As we were informed by Lewis Pugh, if a swim around Greenland, the second biggest island in the world, were possible, it would also be a very sad day for mankind for the sea at the top of Greenland is currently frozen over with multi-year ice.

15. In Asia, Kunashiri Island or one of the Habomai Islands to the Nemuro Peninsula to Hokkaido in Japan in the north Pacific Ocean.

16. 108 km (67 miles) from Japan (Yonaguni Island) to the east coast of Taiwan in the East China Sea would be an extremely tough, but doable swim for the right person guided by an expert pilot, supported by an experienced crew, under the ideal conditions.

17. Italy to Albania seems like another good, difficult and remarkable swim for a solo swimmer or relay.

18. The Falkland Islands (Islas Malvinas) to Argentina is 212 miles that would absolutely stretch the imagination of physical and mental strength.

19. A stage swim or stage relay between Sicily and Africa.

20. Any number of circumnavigations around the as-yet-unconquered Channel Islands of California, where swimmers would face a rough, wild and physically demanding challenge, but in relatively mild water temperatures in August and September.

21. A stage swim or stage relay crossing of the Sea of Cortez (Cortés or Mar Bermejo or Golfo de California) at any point would be another remarkable accomplishment. This channel separates the Baja California Peninsula from the Mexican mainland.

22. An approximately 260-mile stage swim or stage relay circumnavigation around Long Island in the state of New York where numerous lighthouses would constantly serve as landmarks.

23. 361 miles from San Diego to Scammon's Lagoon in Baja California, Mexico that is currently done every by the La Jolla Cove Swim Club as a virtual swim.

24. A nearly 162 km (100-mile) swim between the shortest points across the middle of Lake Superior.

27. A canal/river swim from Lake Mead in Nevada to Yuma, the southernmost point in the state of Arizona, assuming the waterways are contiguous.

28. 55-mile swim from Key West to the Dry Tortugas in the state of Florida.

29. An approximately 180-200 mile swim across Florida using rivers, lakes and canals from the Gulf of Mexico to the Atlantic Ocean. 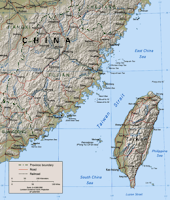 31. 160K (99 miles) from the west coast of Taiwan to the east coast of China across the Taiwan Strait would be a swim of monumental proportions, both athletically and politically.

Akin to Lynne Cox's epic swim across the Bering Strait between Little Diomede Island in Alaska and Big Diomede Island in Russia which caught the attention of President Reagan and Mikhail Gorbachev, a relay swim across the warm-water, relatively shallow (55-meter) channel would certainly capture the close attention of at least 20% of the world's population and the world's media.

Of course, a four-way solo crossing of the English Channel and other such really long-distance solo swims at established waterways may also be in our open water swimming future. 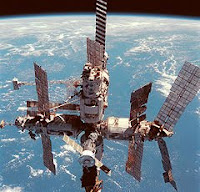 But, theoretically, as told to us by Skip Storch, a solo swim around the world would be possible if the problem with gravity could be found. In the case that the Mir Space Station were equipped with an Endless Pool, a round-the-world swim would only take 90 minutes to complete, but it would most probably be considered an assisted swim.

Our community's creativity and talents never cease to amaze us, so as time marches on, we are confident there will be some incredible swims in our future.