The Best Aim To Get Better 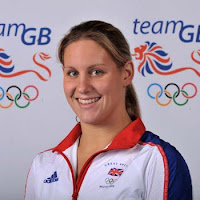 Olympic bronze medalist Joanne Jackson, who won two silver medals in the 400- and 800-meter freestyles at the 2009 World Swimming Championships, will be a new face for the British team at the upcoming FINA 10K Marathon Swimming World Cup races.

Her first professional marathon race will be in Dubai on October 17th and the second in Shahjah, United Arab Emirates on October 21st - two highly competitive races that will formally end the 2009 open water swimming professional season. She certainly has the speed and endurance to become a force in the open water world.

Mark Perry, British Swimming's Open Water Performance Manager, continues to wisely focus on the future and will bring a slew fast pool swimmers to Dubai and Shahjah in order to continue developing their open water swimming prowess. Part of that development includes the participation of these promising open water swimmers in the Great Swim Series.

"For the strong pool-based swimmers that are taking part in their first open water races this is about gaining some real experience in open water swimming. I believe that this will be a good challenge for our quality pool swimmers that are on the team and I think they will enjoy this experience. The FINA Open Water World Cups will provide an experience of warm and calm water and a well organised event which I believe will get our new athletes off to a good start in open water swimming."

British Swimming raised the bar when it captured 3 of the 6 available Olympic open water swimming medals in Beijing - and it continues to set the standard in the elite open water world - a tradition first established in 1875.