The Most Influential People In USA Swimming 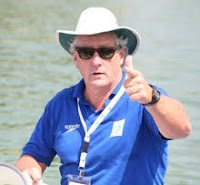 Swimming World Magazine wrote about the key movers and shakers within the sport of swimming in the USA.

Sid Cassidy, was identified as the Open Water Swimming Guru, within USA Swimming, a description richly deserved. We have frequently referred to Sid as Mr. Open Water due to his influence and passionate behind-the-scenes work at the local, national and international levels.

Quite simply, the man's fingerprints are everywhere.

Sid was aptly described by Managing Editor Jason Marsteller as follows, "Known as one of the most influential people within the sport of open water swimming, Cassidy is in a position to push for major change within the burgeoning sport. Once open water was given the credibility of being an Olympic sport with the addition of the 10K event at the 2008 Beijing Games, Cassidy's overall influence potential skyrocketed."