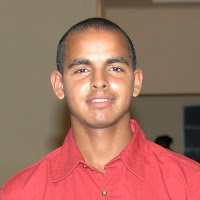 On July 1st, 2011, the Special Olympics will hold an open water swimming demonstration event at its 2011 World Summer Games.

This exciting development in the world of open water swimming – which truly demonstrates the expanding reach and scope of our sport – will be a 1.5K sea swim, held parallel to the shoreline, for 35 athletes. The race will be held in the 25° (77°F) waters off the Sailing Academy in the City of Marathon, Greece.

To qualify, the athletes must meet the time standard of one hour in the 1500-meter pool freestyle and will also be required to participate in the 800-meter freestyle in the pool competition.

Due to the beautiful seaside course in City of Marathon and the inherent challenge of open water swimming, the 1.5K course is expected to showcase the ability and potential for the athletes with intellectual disabilities in a dramatic fashion.

Greek organizers of the Special Olympics World Summer Games Athens 2011 are planning to host nearly 7,500 athletes from 185 participating countries competing in 22 sports at 30 venues in addition to 2,500 coaches, 3,000 officials, 3,000 media representatives, 25,000 volunteers and 40,000 athletes’ family members from June 20th to July 4th, 2011 . With the exception of the open water course in Marathon, the athletes will use many of the same facilities as the 2004 Athens Olympics.

The scope and amount of resources devoted to preparing the World Games will undoubtedly prove worthwhile and will result in a global celebration of the triumph of the spirit and will power of Special Olympians. Holding the World Summer Games in Athens follows the previous World Games in locations such as Connecticut (1995), North Carolina (1999) and Shanghai (2007). 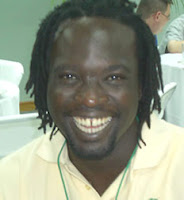 Kester (shown on left) has long helped Special Olympians in open water swimming, including taking athletes to the RCP Tiburon Mile where swimmers like Andrew Smilley of the Cayman Islands (shown above) have proven themselves by placing high.

It seems so appropriate to have the effective first world open water swimming championships for Special Olympians in City of Marathon. It has been a long road to acceptance and inclusion – and we look forward to covering this great event.