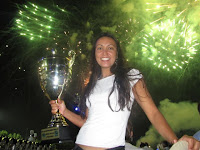 Ten countries (Brazil, Argentina, Portugal, Canada, Denmark, Hong Kong, Mexico, United Arab Emirates, Italy and China) and hundreds of kilometers later, we will find out how will follow in the footsteps of Thomas, Poliana, Petar and Camilla.