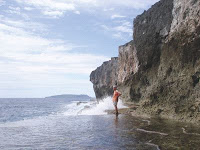 Saipan's newspapers reported the unfortunate results of a water-aerial-land search by the U.S. Coast Guard and 55 local responders for Jim Bell who has not been seen since he dove into the waters near Suicide Cliff on the island of Tinian in the Northern Marianas Islands.

Jim was an experienced swimmer, heading into familiar waters, but he had ventured alone.

"It is hard to think of him being gone. He had a wonderful sense of humor. We were always there for each other during the best and worst of times,” said Donna Bell, his former wife. "He had a great ability to write and his stories were phenomenal."

Jim was the first person to swim across the 8K Tinian Channel, just south of Saipan on his 70th birthday. "This was his dream and I wholeheartedly embraced his plan. Everything came together and he was so thrilled when he achieved swimming the Tinian channel at 70 years old. He first achieved it when he was 42."

Jim was dropped off near Suicide Cliff with his cell phone by a friend, but he had no provisions (including water) or escorts and departed Tinian by himself on October 17th. His goal was to swim around the corner of the island and surface at Kammer Beach later that day. 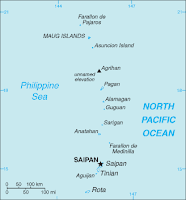 Jim was renowned for swimming by himself.

In 1981, he marked his retirement from the U.S. Navy by swimming alone from Saipan to Tinian in 12 hours. In 2008, the U.S. Coast Guard, U.S. Navy, and Tinian DPS searched 15 hours for him. Reported missing by friends, Jim was later found still swimming toward Tinian Island after being swept out to the open ocean.