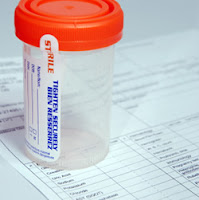 FINA announced that all 391 doping control tests conducted in Rome at the 13th FINA World Swimming Championships were negative, including 162 EPO screening tests.