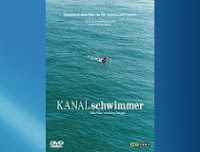 Kanalschwimmer will be broadcast tonight on German television channel ZDF.