A Great Friend Of The Sport Passes Away 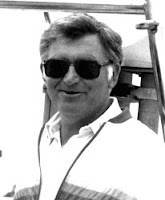 Flip Darr, a great friend and supporter of open water swimming, sadly and suddenly passed away today from a massive heart attack last evening at his home.

He was the 1991 World Championships Open Water Team coach for the USA where he coached Chad Hundeby to the 25K gold medal and Martha Jahn and Karen Burton to the women's silver and bronze in the 25K race. It was years of hard work under his tutelage that helped Chad set the English Channel world record of 7:17 in 1994.

Flip always supported open water swimming in Southern California by taking his young swimmers to ocean races up and down the coast.

He will be missed, but his memory will burn bright.
Posted by Steven Munatones