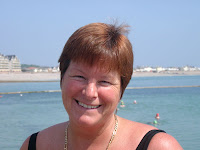 Sally Minty-Gravett of Great Britain and now living in the Island of Jersey was inducted into the International Marathon Swimming Hall of Fame in 2005.

She has trained 20 Round Jersey swimmers (66K or 41 miles) and 10 English Channel swimmers (to date).