Habib Maki, director of the Asian Beach Games organizing committee, announced the second Asian Beach Games that will be held in Muscat, Oman in December 2010. After the first successful Asian Beach Games in Indonesia in 2008, the nine-day event will host over 2,000 athletes from 45 nations participating in 12 different sports including a 5K and 10K swims. 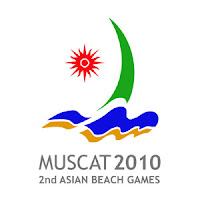 In the first Asian Beach Games in 2008, Beijing Olympic 10K swimmer Mohammad Saleh of Syria (shown above) won the Samsung Most Valuable Player award for his two gold medal performances in the 5K and 10K open water swims in Bali, Indonesia.