You can vote for the 2009 World Open Water Swimming Man of the Year in a worldwide poll here. The winner will be announced on January 1, 2010.

We salute all the nominees who have enjoyed remarkable careers in the sport as athletes, coaches, promoters, race directors and/or administrators. Congratulations to everyone.

The 10 male nominees, listed in alphabetical order, are as follows: 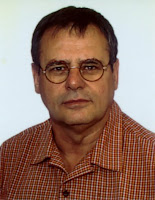 There is no downtime for Flavio between his role as the LEN Technical Open Water Swimming Committee chairman and his role at the Honorary Secretary of the FINA Technical Open Water Swimming Committee. Between organizing some of the world’s most competitive and interesting open water races and team time trial relays in Europe and the world-class FINA 10KM Marathon Swimming World Cup and the FINA Open Water Swimming Grand Prix circuits, Flavio’s familiar presence and decades of expertise are a pillar of strength for swimmers and race directors around the world. His experience is invaluable and his generosity of time and talents is appreciated by many. The multi-lingual, gregarious Flavio always has a smile on his face and time for others as he helps steer the sport on its upward trajectory. Flavio has served as a judge at every World Championship and European Championship since 1999 – one of the most difficult tasks in the sport – as well as coached athletes to numerous medals in international competitions, including 3 Olympics. Due to his nearly five decades of selfless devotion, Flavio is nominated as the 2009 World Open Water Swimming Man of the Year.

Colin of Nova International has truly brought open water swimming to the masses. Not only does Colin head up a team that has moved mountains to bring the world-class swimmers from around the world to compete in televised and heavily marketed one-mile races throughout Great Britain, but he also managed to attract thousands of newcomers to each of the four major open water swimming events put on by Nova International. The Great North Swim, the Great London Swim, the Great East Swim and the Great Scottish Swim bundle great websites, great promotions, great courses and great fanfare to create fantastic competitions where none existed before. It is no wonder that up to 6,000 swimmers do these races under the television lights with their friends, family and co-workers. His drive to make open water swimming accessible and popular in Great Britain – for people of all ages, abilities and backgrounds – is an achievement powered by his energy and vision. In the build-up to the 2012 London Olympics and the power of the current crew of British swimmers, Colin’s timing could also not be better. It is due to his innovative promotions for the sport and his entrepreneurial spirit that Colin is nominated as the 2009 World Open Water Swimming Man of the Year.

Olympic bronze medalist Thomas has been the fastest, most dominant 5K and 10K swimmer on the planet this year. He not only won the 5K and 10K races at the 2009 World Swimming Championships, but he also won the professional FINA 10KM Marathon Swimming World Cup races in New York City (USA), Copenhagen (Denmark), Varna (Bulgaria), Annecy (France), Setubal (Portugal) and Chun An (China). As he wraps up his FINA World Cup season title, he continues to travel the world in search of world-class races. Generous with his time with the media and fans, Thomas is a gracious champion, always complimentary to his competitors. For proving himself capable of swimming fast in warm water, cold water, flat water and rough water and representing his country and the sport with his trademark professionalism and versatility, Thomas is nominated as the 2009 World Open Water Swimming Man of the Year. 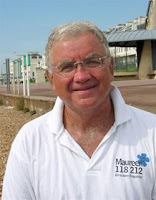 Kevin is an everyday man-turned-superman with 34 English Channel crossings to his name including three double-crossings, and dozens of other significant marathon achievements ranging from 23 miles in Loch Ness, 42 miles in River Thames, 21 miles across Lake Tahoe (USA), 21 miles across the Catalina Channel, 30 miles along the Lake Michigan shoreline in Chicago, 28 miles around Manhattan Island, 48 miles across Lake Balaton (Hungary), 30K across Lake Como (Italy), 23 miles from Capri to Naples, 42K in the Marathon du Saguenay, 25 miles from Majorca to Minorca and incredibly tough swims in the Irish (North) Channel, Bristol Channel, around Isle of Wight, across Sydney Harbour for at least 73 swims over 16K over his 40-year career. Kevin continues to represent the sport in various lands, to numerous groups and on myriad media, including the TV show, The Great British Body where he was chosen to represent the British male because of his extraordinary achievements. As he recovers from a recent heart attack and for his continued excellence and participation in the sport, Kevin is nominated as the 2009 World Open Water Swimming Man of the Year. 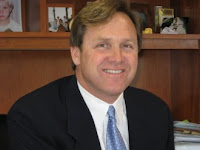 Californian Bob continues to give back to the sport of open water swimming after founding the RCP Tiburon Mile and 2009 was another typical year. Year in and year out for the past ten years, Bob continues to make his presence known to newcomers to the sport as well as the world’s elite athletes at his RCP Tiburon Mile. Besides offering the sport’s richest cash prize (US$10,000 to both the male and female winners), Bob’s generosity (over US$1,000,000 to local charities) and post-race spread is simply incredible. His attention to detail and genuine care for all athletes, young and old, elite and inexperienced, are unparalleled. He offers a wetsuit division for newcomers uncomfortable with the cold water in the San Francisco Bay, but he also has remained true to the traditions of the sport by limiting the type of swimsuits in the elite division. Bob transports dozens of national, world and Olympic champions from around the world to compete in his race, but he also hosts Special Olympians. Bob and his full-time staff prepare year-round for the magical open water swimming spectacle in San Francisco Bay. Bob also sponsors all-star relay teams at the Trans Tahoe Relay and the Maui Channel Swim that have built a solid record of success. It is for Bob’s selfless devotion to the athletes and to the sport that he is nominated as the 2009 World Open Water Swimming Man of the Year.

Scott is relentlessly innovative in promoting open water throughout his home in New Zealand for competitors of all ages, abilities and backgrounds. He owns the Sovereign New Zealand Ocean Swim Series, a fantastically marketed and branded open water swimming tour in Auckland, Paihia, Wellington, Christchurch, Mt. Maunganui and North Shore City that has rapidly grown and offers something for kids to masters. He co-brands affiliated projects like Sovereign OceanKids, the blueseventy Golden Goggles Club, the Tag Team Relays, the Auckland City Swimming Family Competition. He also manages the Swim Festival in Wellington, the North Shore City Beach Series and a total of 21 ocean-related events per year. His robust business model, including ample television coverage, extensive community outreach and sister swims across the Pacific, is the envy of the industry. Built from the ground up, Scott has his hands in everything from TV commentating on the races to constantly over-delivering value to his race sponsors. For his passion and his hands-on planning and execution of innovated, mass-participation races in New Zealand, Scott is nominated as the 2009 World Open Water Swimming Man of the Year.

33-year-old Rostislav had a summer to remember. Only one week after his very fast English Channel crossing, the fourth fastest swim in history in 7 hours and 16 minutes, the Olympic 10K Czech swimmer who won a prestigious professional marathon swim, the 36K Maratona del Golfo Capri - Napoli. He also finished eighth in the 25K world championships in Rome and won both the 5K and 20K races at the Czech Open Water Swimming Championships, his tenth long-distance swimming championship in the last 12 years. He won the overall Czech Cup for the sixth time by winning 19 of 22 races. He also finished third in the 57K Maratón Acuática Internacional Santa Fe – Coronda(Argentina) and fifth in the 15K FINA Open Water Swimming Grand Prix - Rosario (Argentina). As he travels the world, competing in professional marathon swims and proving himself among the fastest channel swimmers of all time in the pantheon of open water swimming, Rostislav is nominated as the 2009 World Open Water Swimming Man of the Year.

Over his career, Rick has coached dozens of USA Swimming national open water teams at world championships from 1991 - 2008. His experience in all types of conditions and with hundreds of elite athletes in various kinds of situation is a knowledge base possessed by few. Rick drew upon his experience and acted quickly to prevent disaster at the 2009 World Swimming Championships in Rome where he saved an Australian athlete during the 25K event. Knowing the potential for danger in the sport is one thing, but more importantly, acting in a quick manner is what Rick is all about. Besides his new role as a FINA referee and USA Swimming delegate, Rick continues to be an advocate for open water swimming in the college ranks. He integrates open water swimming into his collegiate program at Southern Illinois University and started the Great Saluki Pool 1650/Open Water Festival, combining the best of pool and open water swimming for college swimmers. It is for Rick’s quick thinking as a referee and his innovative thinking as a college coach that leads to his nomination as the 2009 World Open Water Swimming Man of the Year.

Douglas has been crossing the Pacific Ocean to share his time between organizing unique swims in Hong Kong and promoting the health of the oceans through the Project Kaisai which calls into attention the plastic vortex in the Pacific Ocean. Douglas has brought a bit of green to the open water swimming world with his very creative Carbon-Neutral Option at the 15K Clean Half, Asia’s only marathon swimming relay event. By enabling the relay swimmers to use outrigger canoes instead of a motorized escort boat in the 5-person ocean relay, Douglas generated great publicity for the sport and environmental awareness. His promotional touch, his advertising prowess and his love of the sport and the ocean have created opportunities to do well in and for the open water from his beachhead in Hong Kong. Douglas also organizes the shorter Shek O Challenge and is working on establishing a regional open water swimming circuit in Asia. For his marketing flair and passionate enthusiasm, combined with a deep care for the environment, Douglas is nominated for the 2009 World Open Water Swimming Man of the Year.