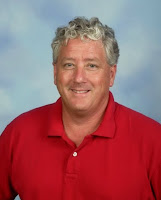 The choice is a great one and most deserving.

Sid is truly one of the unsung heroes of the sport, but today was his day and on his shoulders, we all stand tall.

"I am simply awed to receive this award. There are so many deserving great volunteers in our organization and to think that the Committee selected me is overwhelming. It is truly something I accept on behalf of so many of you who have given your efforts to help promote open water swimming worldwide. In particular i have to thank my family first - Kara, Quinn and Kate and my Mom and Dad for all of their love and support. I also want to be sure and note my mentor and friend as the man who taught us to swim straight in the old quarry hole - Bob Mattson. He truly has been an inspiration in my life."

He later went on to an All-American collegiate career at North Carolina State University and continued his proximity to the open water as a lifeguard with the Ocean City (New Jersey) Beach Patrol where he was introduced to professional marathon swimming. 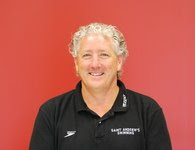 Sid, always with a smile on his face, was the #4-ranked pro marathon swimmer in 1979 when he swam marathons in Chicago, Atlantic City, Canada and Egypt. It was during this period when he also started his coaching career. Similar to Bill Russell with the Boston Celtics, who was the player-coach of the NBA champions, Sid pulled off unprecedented double duties in the English Channel in 1990.

While coaching the USA Swimming National Open Water Team, he also swam on the six-member team that set three records for the fastest English-to-France crossing, the fastest France-to-England crossing, and the fastest double crossing that all still hold today.

Sid was the race starter at the Olympic 10K Marathon Swims in Beijing, but perhaps his greatest legacy will result from his globe-traveling responsibilities on behalf of the FINA Technical Open Water Swimming Committee where he has served since 1996. Together with members Dennis Miller of Fiji and Chris Guesdon of Australia, Sid promoted the 10K model that was successfully used at the 2008 World Open Water Swimming Championships in Sevilla, Spain and later in Beijing and London in 2012. Sid continues his role in reviewing and promoting the sport and its rules and regulations and being a strong voice and leader for open water swimming in America. As the sport grows, his leadership in educating referees and officials on how to correctly and consistently interpret the rules during competition will be especially important and appreciated.

Here is Sid in action, giving a warning and a yellow flag to one of the swimmers at the 2009 USA Swimming national championships:

Thank you very much Sid for your leadership, vision and passion for the sport.