The Flowers One Mile Sea Swim is bringing into big-time money and big-time swimmers to its 17th annual race in the Cayman Islands on June 20th.

NCAA champion Shaune Fraser, who will be swimming at home, is one of the pre-race favorites. 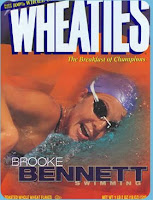 The world's best for the ocean one-mile is 16:00 minutes for the men and 17:21 for the women. American Olympian Chad Carvin holds the current men's Flowers Sea Swim record of 17:20 and 3-time Olympic gold medalist Brooke Bennett holds the women's course record of 18:13 (shown on the Wheaties cereal box).

Additionally, the Flowers Group is randomly giving away US$100,000 in cash and prizes to anyone who enters before race day on June 20th.

So even if you do not set the world or course record, you still have a chance at some valuable prizes. FINA Technical Open Water Swimming Committee chairman Sid Cassidy says, "The Flowers Family ALWAYS puts a GREAT race and celebration together ... if you've never been, put it on your list of must do's!" The prizes include trips to London, trips to Australia, trips to Toronto, cellular phones and 140 randomly drawn prizes.

The opportunities - to swim with the world's best and to compete for fabulous cash prizes and awards - is unheard of in today's open water swimming world.
Posted by Steven Munatones