Under the leadership of Dale Petranech, the International Marathon Swimming Hall of Fame selected its Class of 2009, a classically international mix of open water swimming pioneers, endurance swimmers with a body of unprecedented swims and elite swimmers with a record of professional marathon racing success.

The winner of the Irving Davids/Captain Roger Wheeler Memorial Award was Mike Read. The Davids/ Wheeler Memorial Award was established in 1970 by the New England Marathon Swimming Association on behalf of the Hall of Fame. Michael was King of the Channel® between 1979 –2000 when he was the most prolific English Channel swimmer with 31 crossings. He was the first person to make six successful crossings in one season, has swim over 110 open water swims over 16 kilometers, including many unprecedented swims, and served as the Chairman and Vice Chairman of the Channel Swimming Association for 30 years. 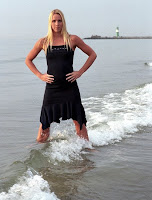 Britta Kamrau, who remains active on the FINA World Cup and Grand Prix circuits, won numerous professional marathon swims, including 25 different FINA World Cup races since 1997, and has been victorious in several European and world championship races at 10K and 25K distances. 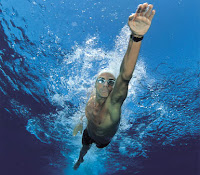 David Meca Medina was ranked #1 in the 1998, 1999, 2001 and 2003 FINA World Cup circuits winning professional marathon swims in Macedonia, Egypt, Argentina, Brazil, Macedonia, Italy and USA, and competing in over 200 open water swims, including several unprecedented solo swims. He won the 2004 and 2005 Rolex Trophy for the fastest times of the season in the English Channel (7 hours 40 minutes and 7 hours 22 minutes).

Skip Storch has several ultra-marathon swims under his belt. He was nominated for ESPN’s Best Outdoor Sports Athlete for his 32 hour 52 minute triple circumnavigation swim around Manhattan Island.

Petar Stoychev has won nine consecutive FINA Open Water Swimming Grand Prix titles, including over 50 victories in individual professional marathon swims, and hold the English Channel record of 6 hours and 57 minutes. He was the flag bearer for the Bulgarian Olympic Team at the 2008 Beijing Olympics where he swam the 1500 freestyle and got sixth in the Olympic 10K Marathon Swim.


Frank Pritchard was selected as the Honor Pioneer Swimmer for his marathon swimming career between 1927 and 1938. After finishing fourth in the 1928 USA Olympic Trials in the 1500 freestyle, Frank raced and beat many of the best marathon swimmers of his era and competed and won two Canadian National Exhibition races in Toronto, Canada in 1936-1937.

Sunny Lowry was honored posthumously after being president of the Channel Swimming Association between 2000-2007. After two unsuccessful attempts, Sunny completed the English Channel in 15 hours and 41 minutes in August 1933 becoming the seventh woman and fifteen person overall to conquer the English Channel.

We will provide additional career highlights of each of these outstanding individuals over the next few days.

BBC photo of Sunny Lowry from her 1933 15-hour 41-minute crossing of the English Channel where she was branded as a harlot because she exposed her bare knees.