Swim Ireland approved a Swim Ireland National Open Water Committee in order to promote and develop the sport of open water swimming in Ireland. At the inaugural meeting the following were elected: 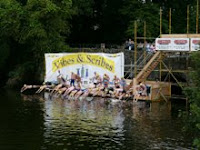 1. Create a five-year development plan for open water swimming in Ireland whether competitive, participative or recreational.

3. The Water Safety Officer will nominate the open water swims to be insured by Swim Ireland (and Swim Ulster. The race organizers will supply their safety plans two weeks prior to their event and a short summation no later than two weeks after their event. Any organizer of an open water swimming event not previously insured by Swim Ireland or Swim Ulster can contact the committee for possible inclusion in the 2009 list.

4. Establish a system, which includes a 5K and 10K National Open Water Championships to allow top Irish swimmers to compete internationally, including at the 2012 London Olympics. 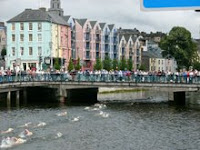 The committee's actions and policies will be available at Swim Ireland Open Sea Swimming. For more information or to provide input, suggestions and feedback on current or future issues, individuals can contact Ned Denison at ned.denison@corkopenwater.com.

The committee situated in a beautiful country with an abundance of established sea, lake and river swims will certainly have plenty to do.