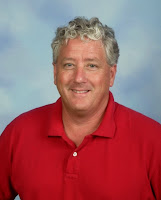 If there is anyone who embodies the sport of open water swimming, it is Sid Cassidy, currently the chairman of the FINA Technical Open Water Swimming Committee.

Dedication Perseverance. Vision. Leadership. These are just a few of the words that capture the essence and character of Cassidy.

Cassidy honed his open water skills at the Avon-Lake Boat Club in Lansdale, Pennsylvania under legendary coach Bob Mattson in the early 1970’s. He went on to an All-American collegiate career at North Carolina State University and a stellar lifeguard career with the Ocean City (NJ) Beach Patrol where he was introduced to professional marathon swimming. He was ranked #4 in the world in 1979 and participated in marathon swims in Chicago, Atlantic City, Canada and Egypt while he was also starting his professional swim coaching career.

Similar to Bill Russell with the Boston Celtics, who was the player-coach of the NBA champions, Cassidy pulled off an unprecedented double stint in the English Channel. In 1990, while coaching the USA Swimming National Open Water Team, he also swam on the six-member team that set three records for the fastest English-to-France crossing, the fastest France-to-England crossing, and the fastest double crossing that all still hold today.

Subsequently, he served as the race director for six international marathon swimming events from 1999 to 2004, and was instrumental in promoting the 10-kilometer distance as the founder of “The 10K for the USA” first held in September 2002. That World Cup event served an early example of how FINA 10K races can host large number of elite athletes and provide thrilling opportunities for spectators to enjoy.

Cassidy has worked tirelessly to establish, disseminate and promote the rules and regulations that currently govern the sport. He was chosen as the starter and head referee for the first World Championship race that used a floating start pontoon. He educates referees and officials on how to correctly and consistently interpret the rules during competition. He is truly one of the unsung heroes of open water swimming.

While the athletes, coaches and administrators of the sport know Cassidy well, sporting fans and media representatives will see Cassidy call the 10K swimmers to the starting pontoon this summer and oversee the first Olympic 10km Marathon Swim at the Beijing Olympics.